After several years with my Dell Latitude E6400 I was searching for a new, more powerful Linux machine for my coding and performance tweaking tasks. And although the Dell XPS line sounded interesting due to the “native” Linux support, it was also expensive with 16GB RAM and 3 year warranty (>2200€) and several users reported problems with CPU whining. I didn’t want to risc this and also reviews of the Lenovo T460 suggested a more silent and longer lasting experience. So I finally bought the T460 and was just hoping to get a good Linux support. Here are my experiences after a usage for a few months. Keep in mind that everyone has different requirements so maybe the title should be “a good Linux laptop for a certain subset of development tasks”. E.g. I’ve not yet tested 3D suff / hardware acceleration. 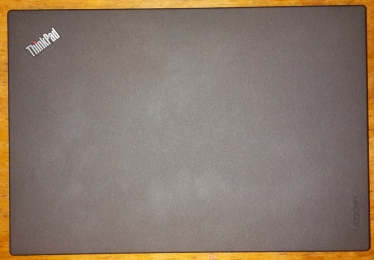 From the Linux side everything I need is working now. And much of it worked out of the box with (X)Ubuntu 16.04.1, which I find really nice.

I had a few problems initially though:

Note that sleep via RAM works (“suspend”), ie. you can close the lid as usual. But sleep via disc (“hibernate”) does not work, but I find the boot time compelling enough that I do not need hibernation: ~2sec BIOS boot, plus ~13sec until login, plus 2sec to open a browser. BTW: hibernation didn’t work properly with the Dell too in recent Ubuntu versions. BTW: before the BIOS boot took 10 seconds, to fix this disable UEFI Network Stack (IPv4+IPv6 in the BIOS)

Some import and partially subjective comments on the laptop:

So far I like the ThinkPad T460 and can recommend it. It is powerful, has a very long lasting battery, it is silent under normal work and you can get your stuff done quickly and get solid Linux support. The Linux support is so good that I’m wondering why they do not ship it commercially to attract people like me.

The price performance ratio is good in my opinion – I can judge better in the next years when I need support and/or stuff breaks.

On the down side there is the cheap feeling of the case (plastic keyboard side&too sharp-edged) and the “track pad interferences” when you type.